Liz Carroll and Jimmy Keane were raised in the storied Irish Music community of Chicago and steeped in the musical legacy of friends and mentors such as Johnny McGreevy, Joe Shannon, Eleanor Neary, and Cuz Teahan — who in turn, were inspired by Captain Francis O’Neill and his generation. Liz and Jimmy’ were the first Irish-Americans to win the coveted All-Ireland Senior Duet title in 1975

Liz Carroll is an Irish fiddler, composer, and recording artist. She is the first Irish-American musician to be nominated for a Grammy, and the first American-born composer honored with the Cumadóir TG4, Ireland’s most significant traditional music prize. Liz has toured as a solo artist and with the Greenfields of America, Trian, as the duo Liz Carroll & John Doyle, and with String Sisters – whose new album, Between Wind and Water, was just released. She is featured on thirteen albums and has appeared on many more, and her next album arrives this fall. Liz was born in Chicago of Irish parents, and still lives just outside her hometown.

Born in London of Irish parents, piano accordionist Jimmy Keane is an avid collector and arranger of old tunes and is becoming increasingly known for his original compositions. He has recorded and produced numerous albums. Many regard Keane as the premier exponent of traditional Irish music on the piano accordion and noted University of Limerick Professor, composer, and musician Mícheál Ó Súilleabháin praised Keane as the "savior of the piano accordion." eMusic described him as "one of the true giants of Irish traditional music of the past fifty years," and Christy Moore described Jimmy's playing as "wild and beautiful." 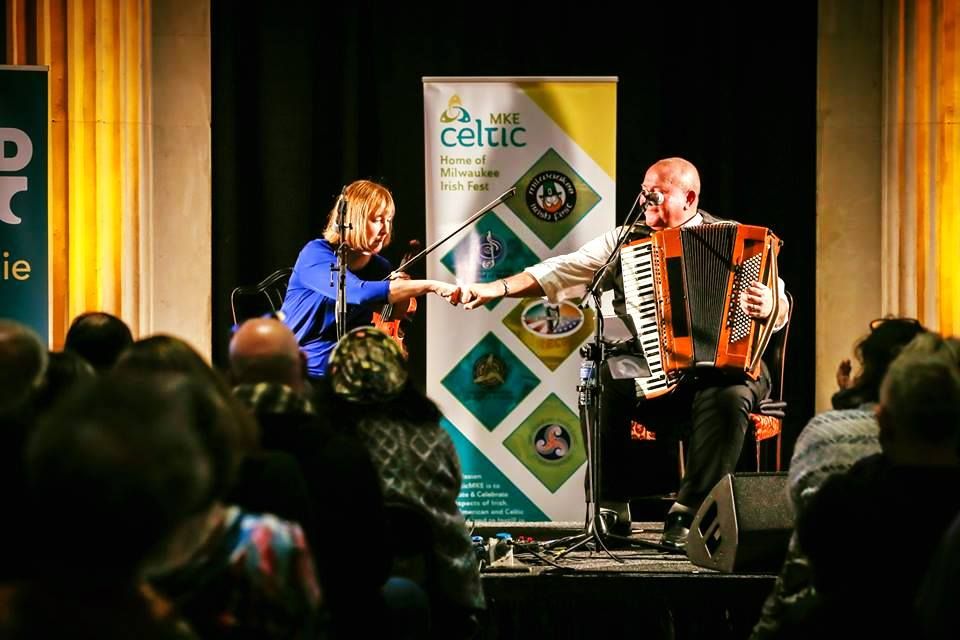